Matt Cutt’s just tweeted this afternoon that Google has started taking manual action against “hundreds” of buyers, websites and writers that were paid for backlinks.

Hamilton Nolan’s article “Shady Marketing Firms Are Still Quietly Bribing Bloggers” dives into the shady dark side of link selling on the basis of PageRank and link value. The writer posts his dialogue with Rock, an employee of Backlinks.us, that attempted to purchase links via Hamilton in future articles written on Gawker.

Again Google is moving towards manual action as there isn’t a way to algorithmically identify these compromised articles. Trust and Pagerank flow through these articles and help the websites that are being linked to. Which is why they are taking manual action against the article writers and websites that have been caught engaging in this type of action.

Guest blogging has already been a target of Google’s actions and warnings lately, and Gawkers article was simply too big to ignore. It was being passed along on many of the popular SEO forums, and blogs. 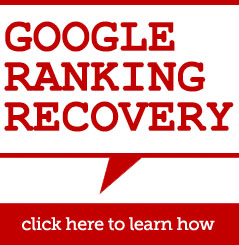